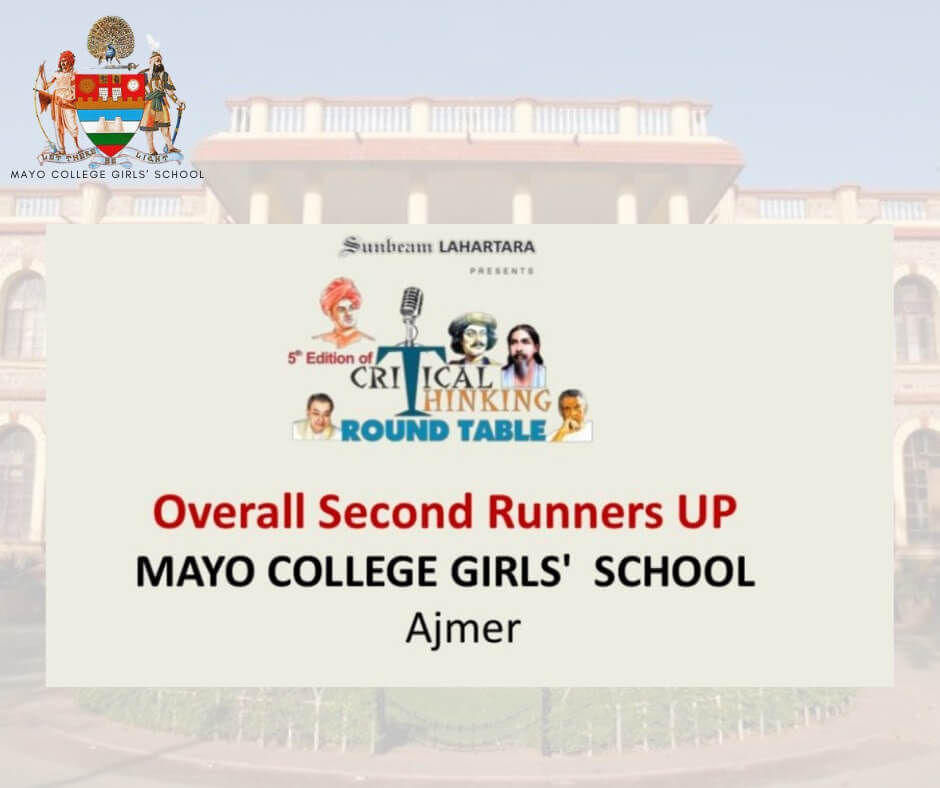 Two students of Mayo College Girls’ School, Vama Garg and Raisa Gulati took part in the Creative Writing event, in the 5th Critical Thinking Round Table hosted by The Sunbeam School Lahartara from the 2nd to the 4th of February,2022. During the course of the event, one of the team members had to pen down a prose and the other a piece of poetry from the specified words. Vama Garg bagged the first position in the prose category and Raisa Gulati was awarded with the Critics Choice Award for poetry. As a whole, MCGS stood 1st in the Creative Writing Event. Further on, it also included multi-format debates such as Turncoat and Extempore. Abhilasha Majumdar and Ivy Khati of grade 8th and 9th respectively represented our school in the Virtual Conclave. In the Turncoat round, subjects such as criminal rehabilitation or retribution, technology, and the sin tax were addressed, while in the Extempore round, topics such as please unmute yourself and ruptures were debated upon and each one of them accomplished their perspectives along with their perseverance. The final event, included a story telling activity where the students had to form the plot of the story around a designated object out of the two team members, the former would narrate the beginning and the latter would wrap it up within a span of sixty seconds. Ojasvini Singh and Jahnavi Handique took part in the competition from Mayo College Girls School and had an enthralling experience. We are immensely proud of our children who did complete justice to the opportunity captured by them and the spirit of endeavour in each one of them.