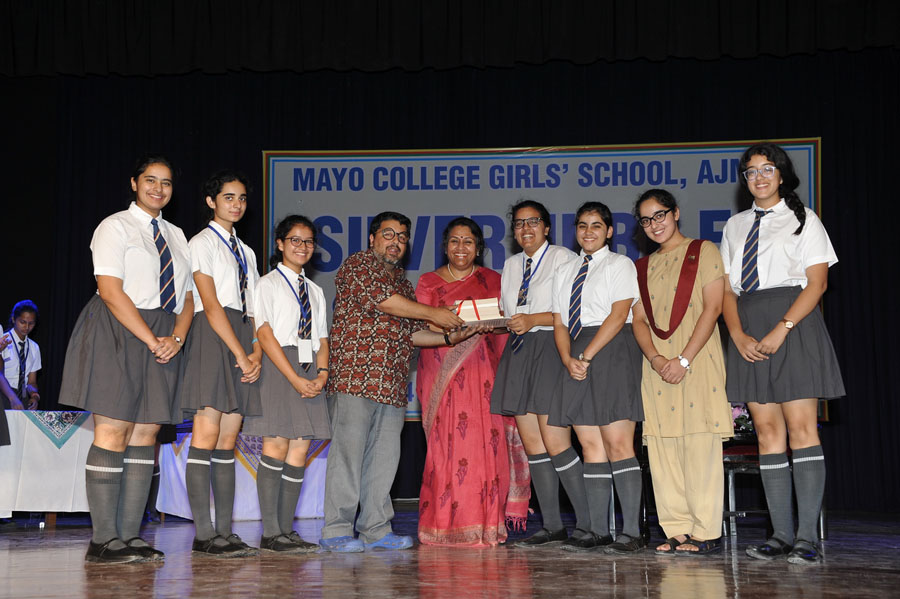 This year at Silver jubilee in Multimedia Competition a total of 17 teams participated. One the first day of Silver Jubilee the teams were to shoot on either friendship or learning. The compilation and adjudication took place the next day. All teams made a video of 5 minutes and outdid themselves.

The highlight of this Silver Jubilee in particular was Website Designing. It received a great response with over 13 schools participating in the Event. The Competition took place on the first day where all schools were expected to create an adventurous website choosing either sports or wildlife. It was thoroughly enjoyed by all.

This year, at the sixth annual Silver Jubilee Commemorative Young Thinkers’ Conclave, Mayo College Girls’ School had more participation than ever before. With a grand total of 25 schools and 350 students from across the country, including schools such as PNG, Sikkim and St. Michaels’, Siliguri, the conclave proved that distance means little when it comes to a common love for language, literature, communication and interaction. Through thirty-six hours of heated debate, intense drama and detailed writing, the participants dealt with pressing issues and tackled last minute alterations in topics to achieve outstanding results.

Over the course of three days, one had been exposed to all kinds of experiences and perspectives. In debate, the first round was that of Turncoat and Extempore, proceeding to the Semi-finals, for which out of 22 teams 4 were shortlisted and debated on the following topics: ‘This house believes that it is time for the Indus Water Treaty to be scrapped both in letter and in spirit’ and ‘This house believes that Charlottesville hate mongering, withdrawal of Obama care health plan, and the indifference towards Gorakhpur child deaths or disappearance of Najeeb are symptoms of a State led machismo’. The topics were thought provoking and the teams performed exceedingly well.

In the Script Writing event, the students were asked to take inspiration from three bottles with ear buds and coloured cloth within. There were a total of four topics for the Script Writing event, which culminated into the enactments where the students were told to incorporate the inspiration into their play. The audience witnessed some very interesting and sensitive issues through the afternoon.

The school took immense pleasure in showcasing for our guests the mid-term play ‘Snapchat Surpnakha’, which continues to evolve and reveals a fresh streak each time it is performed under the guidance of Mr. Parnab Mukherjee.

Unique to our school is the allowance for an exchange of ideas between a judge and a participant long after the deliberation ends. Completely unrestricted, a participant is welcome to share their thoughts or receive clarity from not only other participating teams, but with the judges as well.

Overall, it was an enriching experience for everyone present, the participants and the members of the organizing team alike.