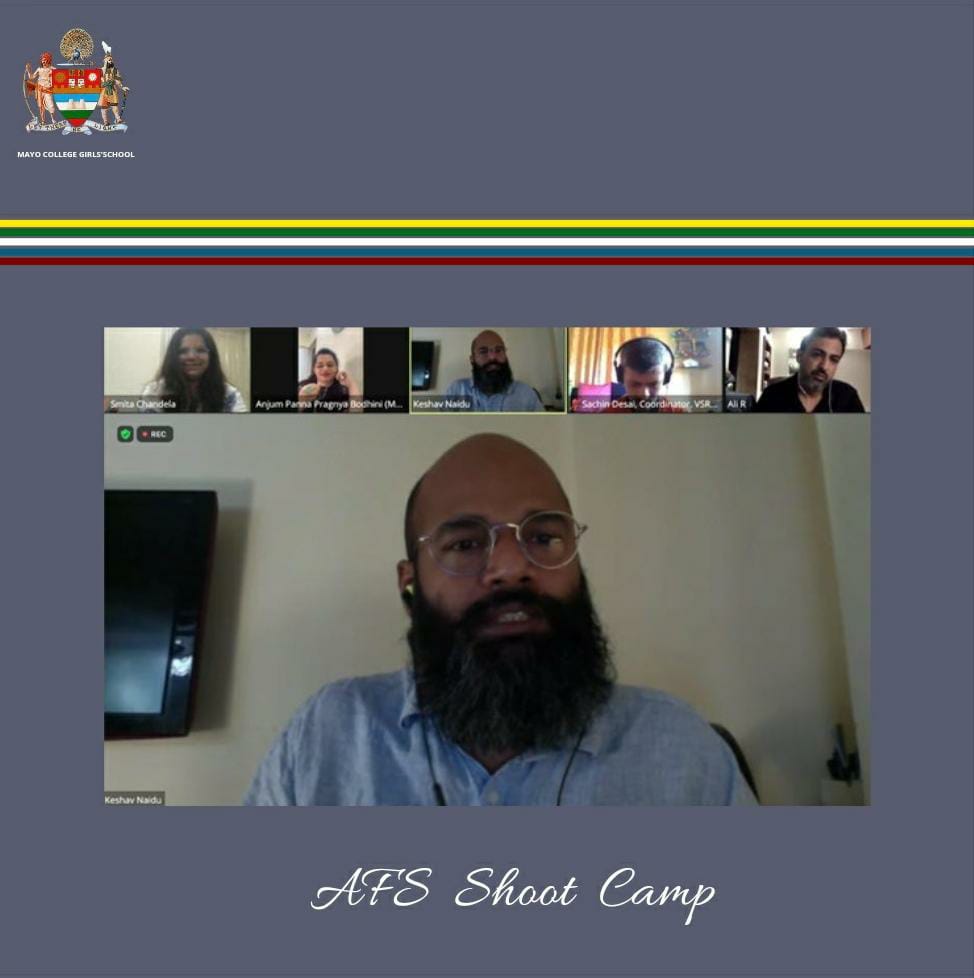 AFS West Zone, India had organised a film-making workshop named ‘ShootCam’ in the month of July. Our students -Vinayana Kohli, Suvidhi Bam, Srivani Agarwal and Divyanshi Agarwal represented our school as a team and participated in the two-week long film making competition, under the supervision of Ms Smita Chandela and Dr Meena Shukla Rawat. The Competition was an extension of the workshop and the theme for the same was “Global Citizenship and Diversity”. There were around 19 participating schools from West Zone. The results of the short film -making competition was released recently. Mayo College Girls’ School has secured 2nd position for its entry titled ‘Her World’.

It was an enthralling experience where the students learnt about the nuances of film-making, such as scripting, directing, editing and so forth under the guidance of two great filmmakers, Mr Keshav Naidu and Mr Ali R.
The team worked well together, playing the roles of scriptwriter, video editor, actor and, director. Congratulations to all the participants!