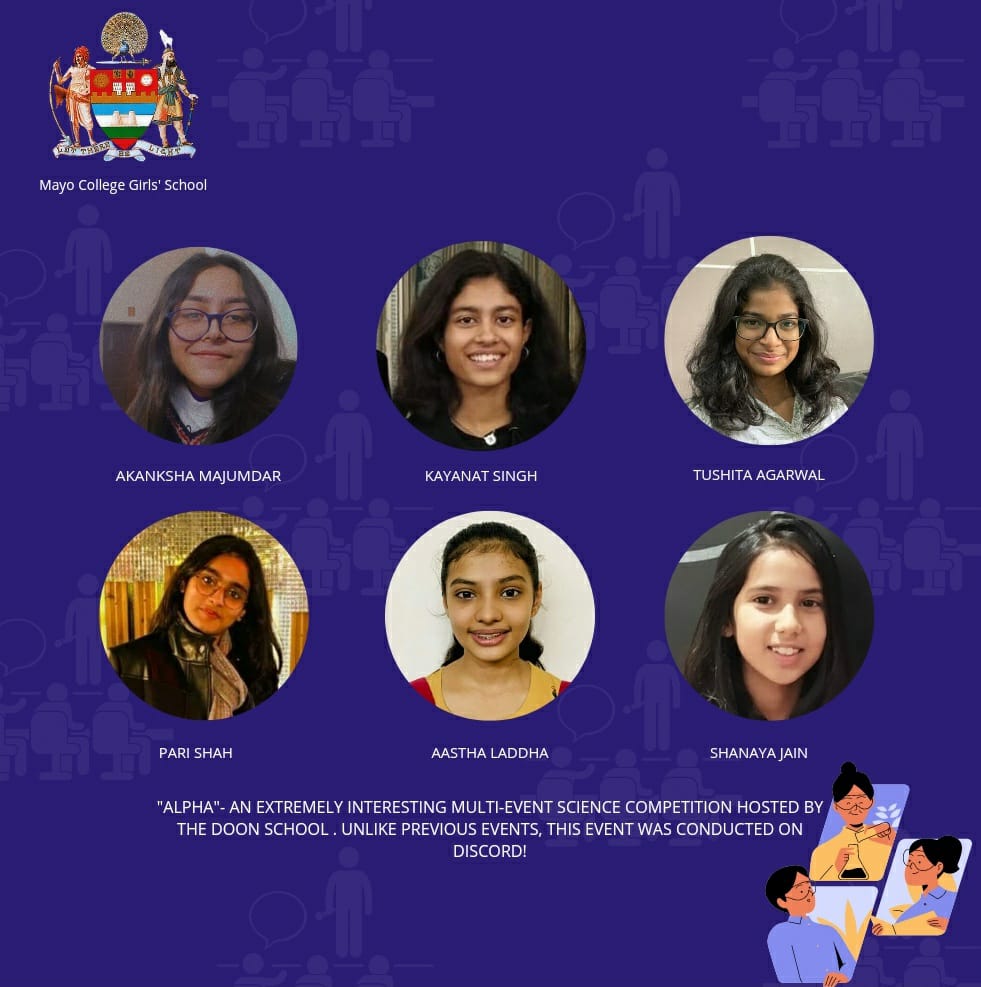 Six students participated in “Alpha,” a Science event hosted by The Doon School, Dehradun. The virtual event was held over the span of two days and comprised various innovative and intriguing challenges and activities, with over ten schools participating in the event.

The event started on 10th July, with an opening ceremony which was short quiz on General Science and moved on to brief ice-breaking sessions where our students were separated and assigned groups with other students from different participating schools. Here they had thought-provoking conversations on Science and their plans for the future, which served to familiarize them with the setup of the event, mainly the interesting choice of platform; Discord. Shortly after, the first round began which was essentially a “Clue Hunt”, with ten levels, each of which required high order thinking and problem-solving abilities. The first day ended with six hours of intellectual investment in this activity.
The second day consisted of two activities, the first being a video-making round where all our six students had to film videos of themselves demonstrating complex scientific topics in simple ways, using whatever household material was available to them.

The last round was to plan and propose an underwater city, which unleashed their creativity and gathered them to work as a team to come up with an elaborate set-up within the given time limit.

Overall, the experience was incredible, and our students felt enriched both in mind and spirit.