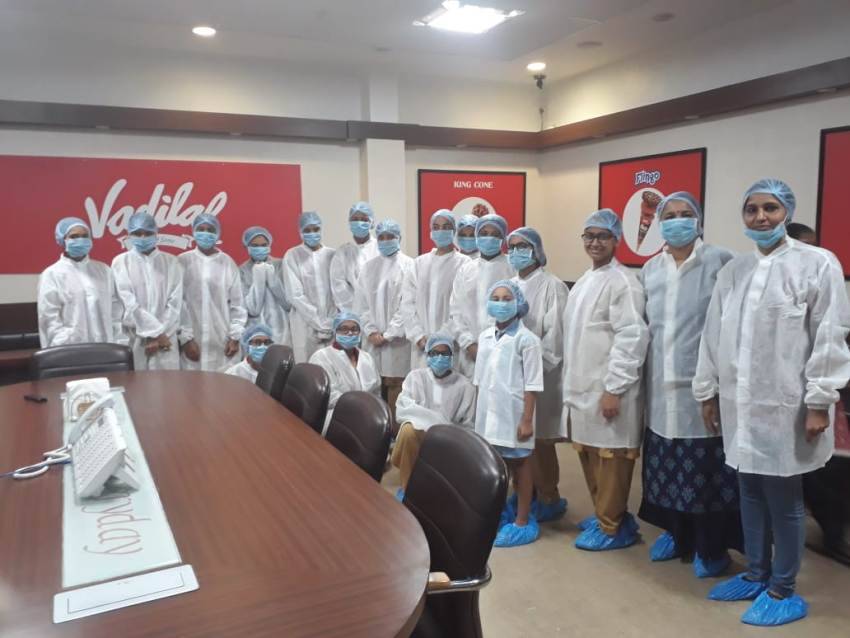 On 15th of August we travelled from Ajmer to Ahmedabad by train and reached at 3:00 p.m. After which we went to Sabarmati River front in the evening which is called life line of Ahmedabad. It is one of the best waterfront destinations in India. Its 10.4 km long riverfront stretch consists of the walkway over the river Sabarmati. Gardens, amusement parks, golf courses and water Sports Park.

On 16th of August we visited Science city provides a perfect blend of education and entertainment. It showcases the contemporary and imaginative exhibits minds on experiences, working models, visual reality and live demonstrations to understand science and technology to the common man. After which we went to Adalaj Stepwell. The atmosphere inside the well is six degrees cooler than the outside. Another remarkable feature of this stepwell is that out of the many stepwells in Gujarat, it is the only one with three entrance stairs. All three stairs meet at the first storey, underground in a huge square platform, which has an octagonal opening on top. This stepwell is a spectacular example of Indo-Islamic architecture and design.

From Adalaj stepwell we went to Vadilal and Amul plants where we saw the entire process of ice cream manufacturing from collection of milk  to the final production and refegration of the delicious ice cream. It was interesting to know that both Amul and Vadilal exports its food products to many countries worldwide.

We further made a quick move to Kankaria Lake which too had its own unique identity of being the second largest lake of this city it is a true representation of rejuvenated pedestrianized urban space in east Ahmedabad. It offers its visitors a variety of entertainment options for people of all age.

After this our destination drive landed us to another great city of Gujarat, Gandinagar there  is a large Hindu temple complex inspired by Yogiji maharaja the fourth spiritual successor of Lord Swami Narayan according to the denomination of Swaminarayan. World renounced as Akshardham temple. We also saw the light and sound show which depicted the story of journey of life after death.

Lastly, we went to Space Applications Center (Indian Space and Research organization). This was a great experience for all of us where we learnt about the different types of satellites, launching vehicles as well as process of launching satellites and how they capture information from the space. We also gathered information about remote sensing and its important  in our day to day life. It was a proud moments to know about our different space expeditions so far accomplished successfully by our scientist. Each day of the trip added to our learning and enriched our experience.