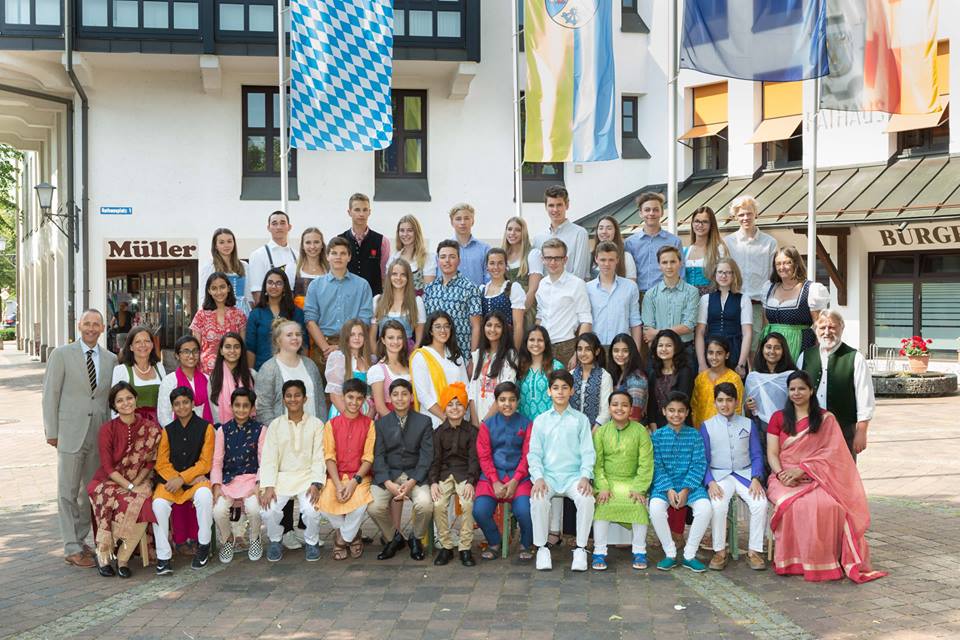 This year, the School sent twelve of its class IX and X students to a school in the southern state of Bavaria. Ludwig Thoma Gymnasium is a school in the small and quaint town of Prien am Chiemsee, in the district of Rosenheim, a two hour drive from the capital city of Munich, in Bavaria. Mayo College Girls’ School has been sending it delegation to a School in North Germany for many years, but this Exchange was its maiden exchange with Ludwig Thoma Gymnasium. The students stayed with the host families throughout their stay there and learnt about their way of living and other social and cultural lifestyle.The students attended the classes with their German friends and were acquainted with the curriculum and teaching methods at the School.The most exciting visit was tod Allianz Arena, the national football stadium which hosts International Football Tournaments, including FIFA and the official stadium for the German Football Club called FC Bayern. The delegation also had the honour of meeting the Mayor of Prien am Chiemsee Herr Jurgen Seifert who addressed the delegation in his Assembly Hall and became a part of the group photograph.The host School also organised a visit to the Stat Counsellerite (State Chancellery) in Munich where they were informed in detail about the functioning of the Bavarian government.The delegation also visited the BMW City Centre in Munich in their first week where they were taken on a detailed tour of the Centre.The second week began with a day long trio to Salzburg, Austria where the students saw the Mozart House and climbed uphill to the Salzburg Castle. They also visited the Salzburg Cathedral (Dom zu Salzburg) and St.Peter’s Monastery and Church.The weekend of the second week was spent in the city of Berlin where the students visited significant historical places like the remains of the Berlin Wall called “Topography of Terrors”, Checkpoint Charlie, The World Clock, The Parliament House of Berlin and Brandenburg Gate. The students not only got acquainted with the customs, culture and lifestyle of a new place, they also found lifelong friends in their German friends and bonds of affection in their host families.