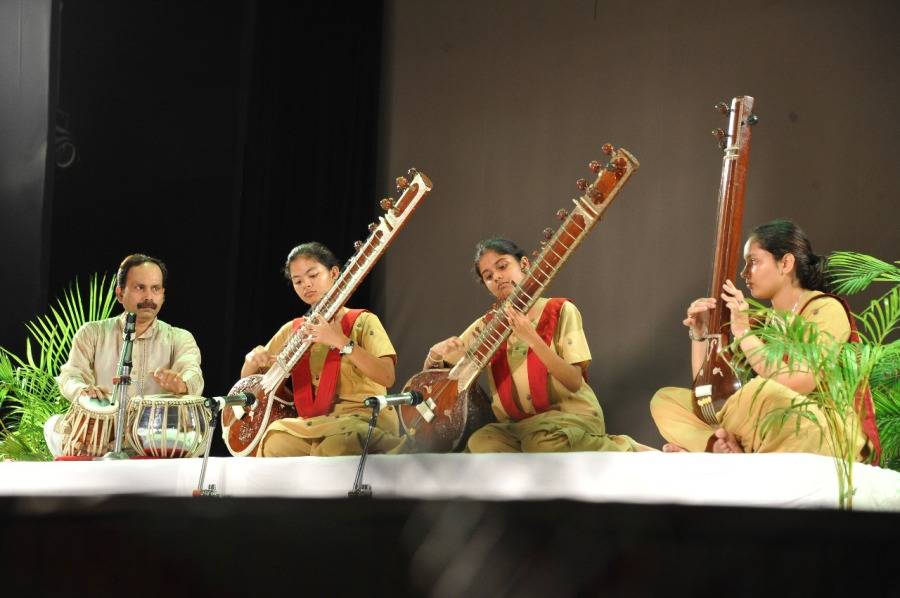 Hindustani Music Inter House was organized on the  20th of August,which was the second segment of the Music and Dance Inter House.The judges for the evening were – Dr.Anjana Bhargava who was the former Principal of Savitri College,Ajmer.She has also worked there as the HOD of the Music department.The second judge of the evening was Ms.Kamlesh Kashyap,who has worked in MCGS for fourteen years and was also the HOD of Music and Dance department . We also had Shri.Abhijit Majumdar judging the program.He has performed with the prominent sitar artist Buddhaditya Mukherjee.He was also honoured as the best tabla player by the All India Radio ,Nagpur.

Under this program  we had four categories– Sitar Recital,Vocal Solo ,Tabla Recital and the most awaited category which was the group song.The theme given to the Group song was Sufiana kalaam.Pure classical raagas  like Raag Yaman ,Raag Des,Raag Malkauns,Raag Durga were sung and played by the vocalists and the sitarists.

The performances were enthralling and were thoroughly enjoyed by all and it was yet another a successful event.