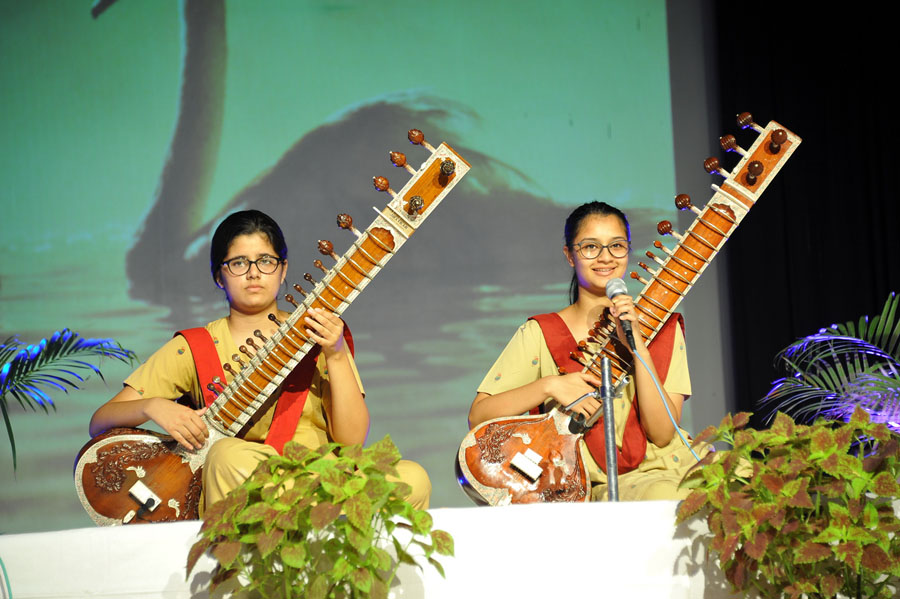 The Western Music Interhouse was the first segment of the much awaited Music and Dance Interhouse which took on 31st July 2017. It was a great evening with events like Vocal solo, Instrumental solo, Instrumental Band, and Group Song. The judges for the evening were Mr. Cosmos, Mr. Sidney Ellis and Mr. Russel Joseph, who are all very experienced in their fields.
The first 3 positions secured in each category are as follows:

Hindustani Music interhouse was structured on 22nd Aug. 2017 and was the second segment of the Music and Dance Interhouse which takes place annually.
It was divided into two sessions. The first one comprised of 3 categories namely, Violin, Bhajan solo and Tabla. The second session included Sitar, Classical vocal solo and Regional folk group song. Like every year the interhouse was a great success along with it being expanded by the addition of the Violin category.
It was an honor for us to be judged by great musicians like Mrs. Bandana Chokraborty, Miss. Kamlesh Kashyap and Miss. Anjana Bhargava.
The effort put in by each house as well as the teachers was exemplary and altogether it was a great show.
The girls from classes 7th to 12th participated in both the events and the total number varied from 150 to 180 Students.