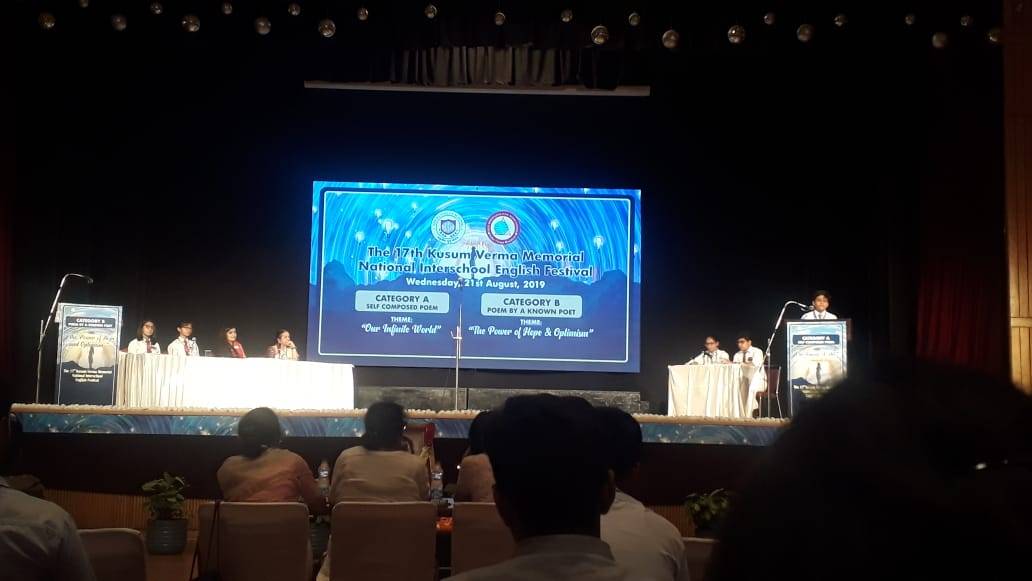 It is a commemorative event which is organized each year in the memory of the late Mrs. Kusum Verma, the head of the department, English. The event is organized by OSA the old Springdalians Association.

Four girls accompanied by Ms. Kavita Oberoi participated in the event. We did not bag any prizes, but the experience was a good one.

In Phase 2 “Creative Writing” two participants had to write a 250-word essay on a topic given on the spot and then one of them had to read aloud that piece.

In Phase 3 “Enact and act” all four participants had to put up a skit on a topic given on the spot.

The team members were: