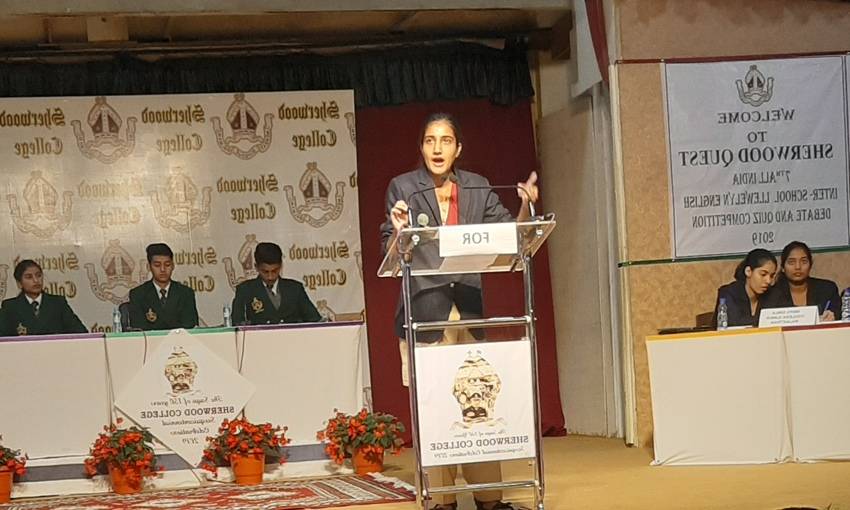 Lllewelyn Memorial Interschool English Debates 2019 held at Sherwood College, Nainital.
Dates of the event: 21st August 2019 to 23rd August 2019
Participants-
Tanushree Gupta
Ishita Vaid
Simran Ghuman
Navyaa Sharmap
Tanushree Gupta  participated in the Turn coat round and was adjudged the Best Speaker
Ishita Vaid put her thoughts forth with force and conviction in the Extempore  round and was applauded for the way she dealt with the given topic.
Tanushree Gupta, Simran Ghuman and Navyaa Sharma formed a team to debate against the RIMC, Dehradun. For this Quarter final round Simran Ghuman was awarded the Best Speaker.
The team’s overall scores got them to Semi finals in which all four members were again pitted against the RIMC. Tanushree was yet again adjudged the Best Speaker of the round.
Overall the students performed passionately winning the appreciation of the audience and the judges alike. They stood 3rd overall.