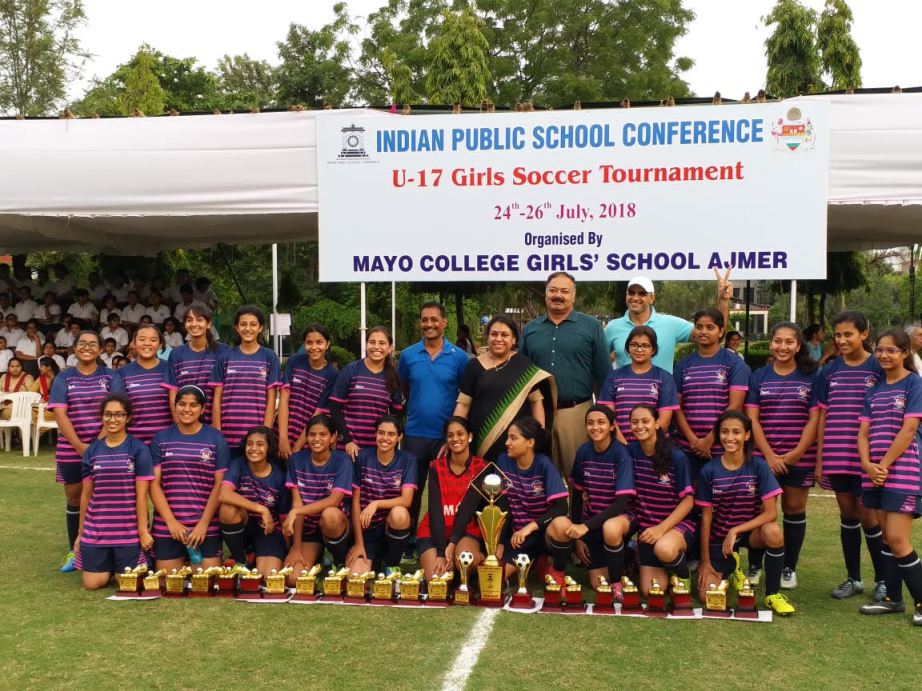 The All India IPSC Under 17 Girls Soccer Tournament 2018 was hosted by the Mayo College Girls’ School, Ajmer. A total of 7 teams participated in the tournament this year and Mayo College Girls’ School, Ajmer stood first. Our school beat DPS RK Puram in the finals with a score of 3-0, the school team displayed immense toil, team spirit and sportsmanship under the unconditional and constant guidance of Coach  Anil Sharma and Head of Department Sir Sajjan Singh Dhiwan. The schools put up a tough fight against each other and it was indeed a successful tournament. Besides being the overall champions, our players also received individual trophies namely, the Best Goalkeeper awarded to Devangi Sharma of Class 11 and the Player of the Tournament awarded to Meghna Nautiyal also from Class 11.