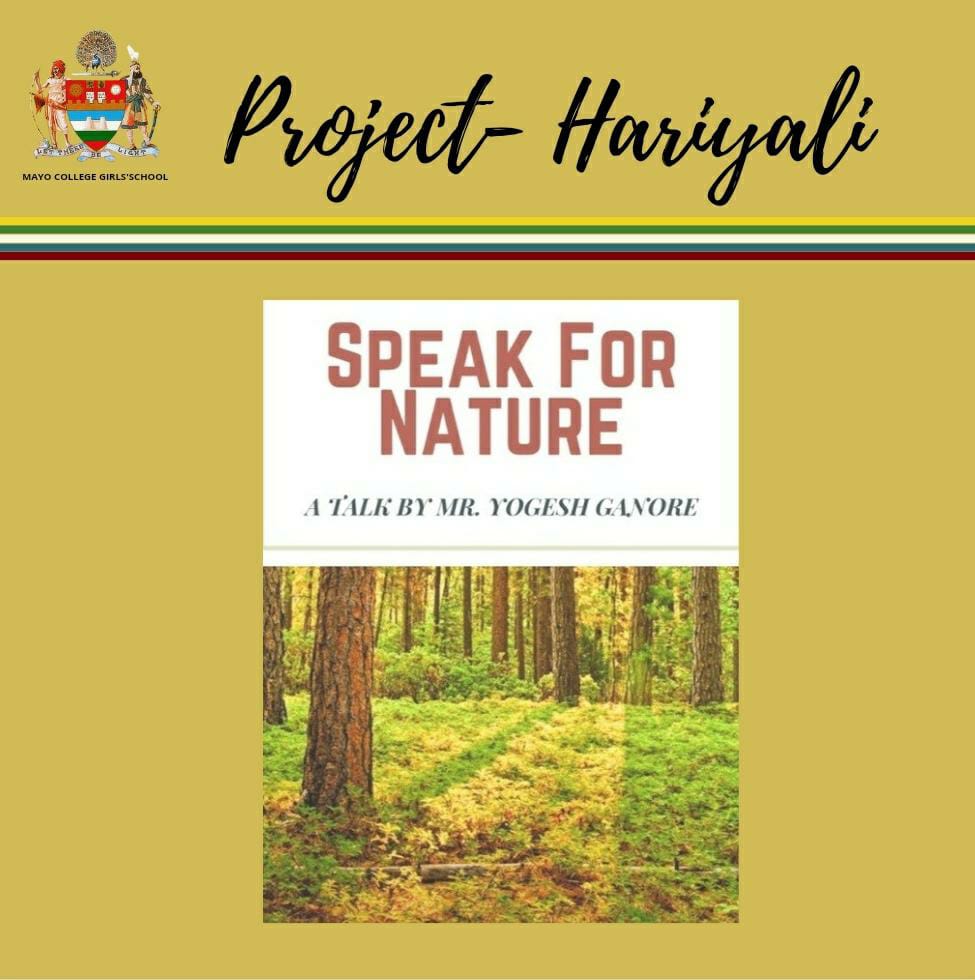 Mayo College Girls’ School’s Community Service Society, ‘Sahyog’, hosted an online environment awareness campaign, ‘Hariyali’ on 9th August, 2021.Mrs. Rakhee Mishra,
Mrs. Shraddha Chauhan and
Ms. Yashika Saxena were the teachers in charge of the campaign. The event started with a shloka recital by Simran Aneja, followed by Suvarnaa Pachauri reciting a poem and Anjali Kainya singing a song. Our chief guest was Mr Yogesh Ganore, an environmentalist. He is also known as the ‘Tree Man’ and has founded the Kadam Sanstha in Jabalpur, Madhya Pradesh. Sir has also received many prestigious accolades, such as the Maja Koene Award in 2013 and a special award for Environmental Promotion by the government of Madhya Pradesh in 2018.
Mr Ganore is one of those rare people who have a true passion for conservation of environment and dedicate their lives to preserve it and for this Sir has also been recognised as the winner of the Limca Book of Records (2009) .
He addressed the students of our School and shared experiences and brilliant ideas like planting trees on one’s birthday. It was truly awe-inspiring to listen to Sir speak and learn such important things from him.

Sahyog had also organised an Essay Writing Competition and a Poster and Slogan making competition, the results of which are as follows: