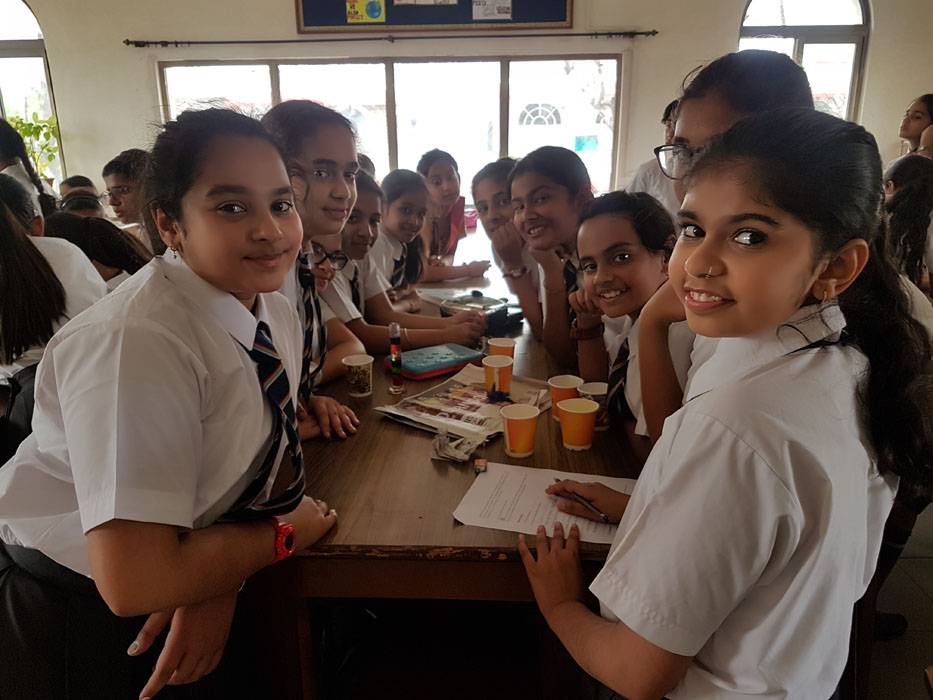 During the month of April the Science Department had organized the following activities for the students of class 7 and 8 respectively:

The Science department organized the activity, ‘density drowning’ for the seventh grade students in order to help them understand the concept of density better. Not all liquids have the same density. One way to get hands-on with what density means—and to really see it in action—is to make a density column using different liquids from around the house. Carefully pouring just a few liquids on top of one another and seeing what happens lets students to observe density in action. With additional test liquids and deliberate use of food coloring, a density column can be turned into a scientific rainbow!

The students were divided into groups of ten and asked to follow and finish the worksheet given to their group. After accomplishing the job of having colourful layers in the measuring flasks, due to the varying densities of the liquids, they were asked to drop cubes of different materials like, rubber, plastic etc. whose densities also varied and note down their observations. With the help of these observations they had to infer which substance is denser and which is sparser. The girls did quite well in this activity and were also able to understand the concept of density better.

The following are the results of the competition:

Another activity called the “Flight Festival” was organized for the students of class 8 which helped them to understand about the concepts of aerodynamics, force and thrust. The students were divided into groups of 5 students each and then they in each group build one of four different (provided) paper airplane designs with instructions, which they tested in three trials, measuring flight distance and time.

In this activity they increased how much drag a paper plane experiences and see if this changes how far the plane flies. The forces that allow a paper plane to fly are the same ones that apply to real airplanes.

The following are the results of the competition: