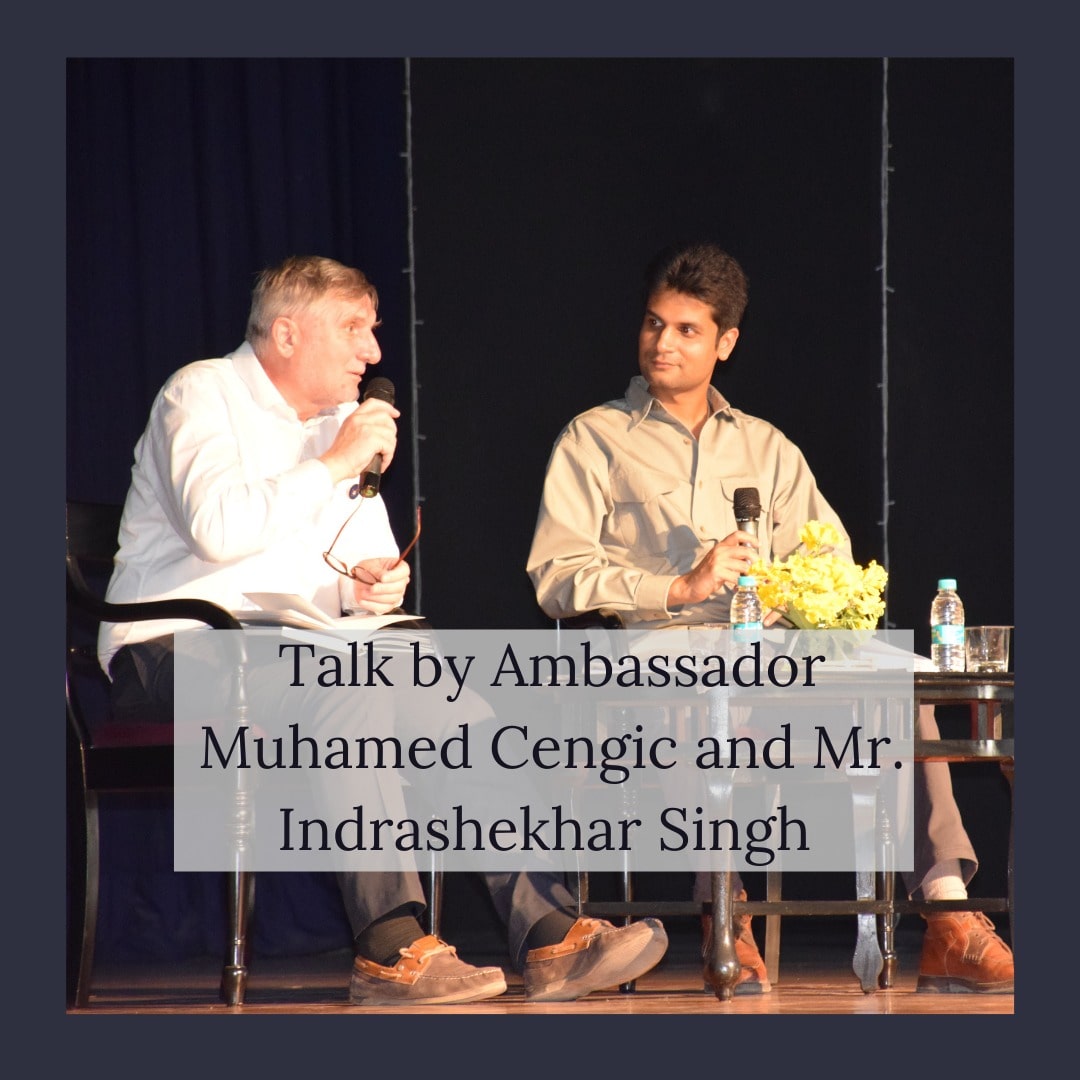 The world today carries an essence of solidarity in disparity. This feature of our global community was displayed on the 28th of March, 2022, when Mayo College Girls’ School had the honour of hosting the ambassador of Bosnia and Herzegovina to India, His Excellency Mr Muhamed Cengic HE Cengic was accompanied by Mayo College Alumnus Mr Indrashekhar Singh who engaged in an enriching talk with HE on an anthology of poems composed by Mak Dizdar. Mr. Singh put it in the best possible way for us to understand Mark Dizdar’s significance by saying he was the quintessential Bosnian Iqbal. The ambassador and Mr. Singh read out a few of his poems for us. Mark Dizdar called out and criticized his own country which was a great display of his courage. He wrote what was true and that truth added the relevancy of the poems. We learned how similar Bosnia and India are in their cultures, making all of us see Bosnia and Herzegovina from a whole different point of view. We thank them for sparing their valuable time for us and endowing us with heaps of knowledge.