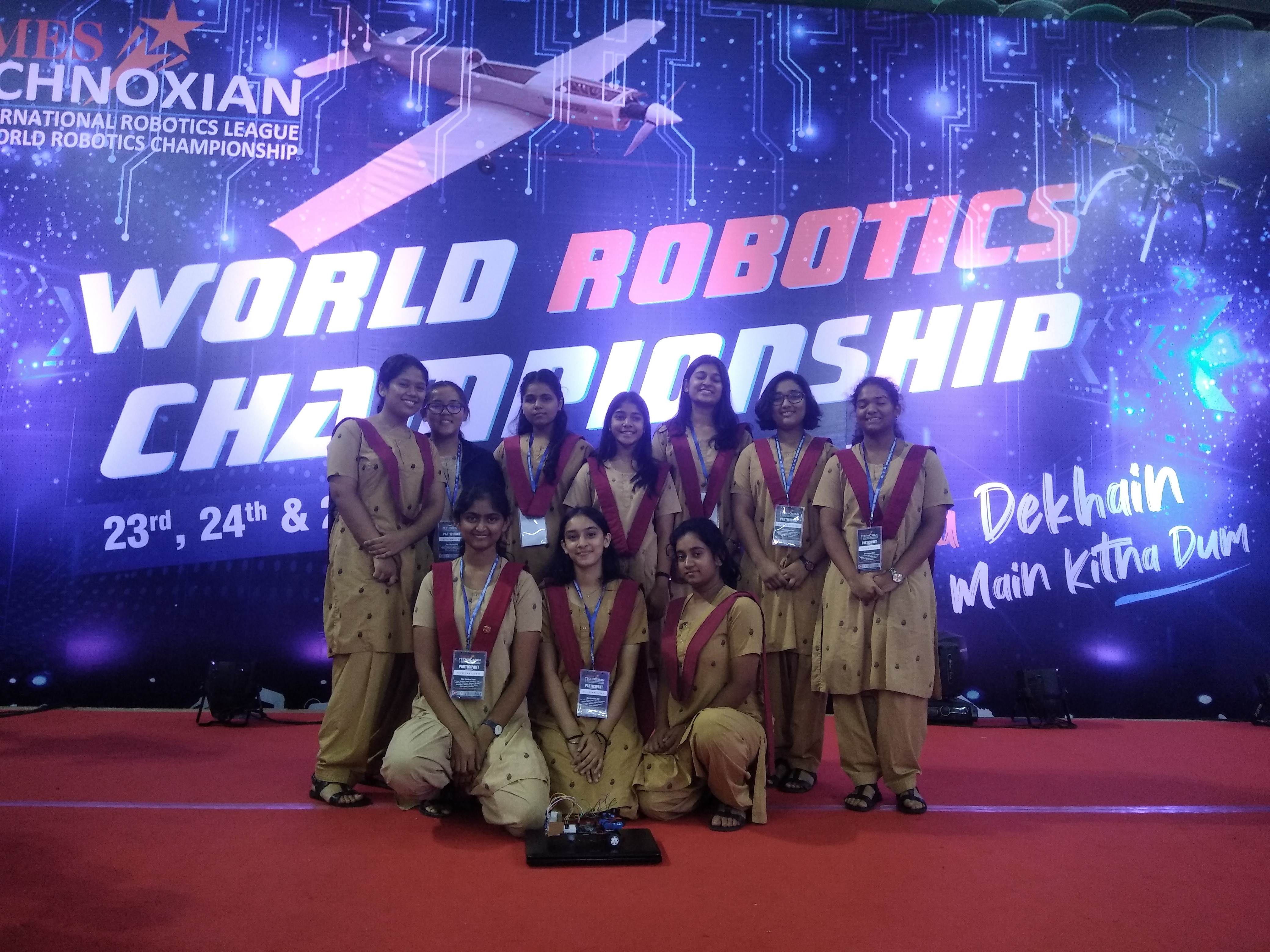 Technoxian, 5th International Robotics League & World Robotics Championship was held at The Thyagraj Sports Complex, New Delhi from the 23rd September to 25th September 2019. 10 students of Pre SC Science from Mayo College Girls’ School participated for the first time in “TECHNOXIAN”. There were 206 teams in the category of ‘Fastest line Follower’ event in which we participated. We were among the 35 teams that made it to the semifinals.

The challenge in the event was to construct an autonomous robot using Arduino technology within the specified dimensions to achieve the maximum speed to beat other robots on the given track and reach the destination in minimum time. The track was a 100 feet long complex path comprising of several turns and intersections.

There were teams from schools, engineering colleges and universities. Though the challenges were immense and the Arduino technology was new to us we couldn’t make it to the finals, but our students put their best foot forward. Our team’s performance was greatly appreciated.

Educational excursion for the grade 12 Sociology and Political Science students