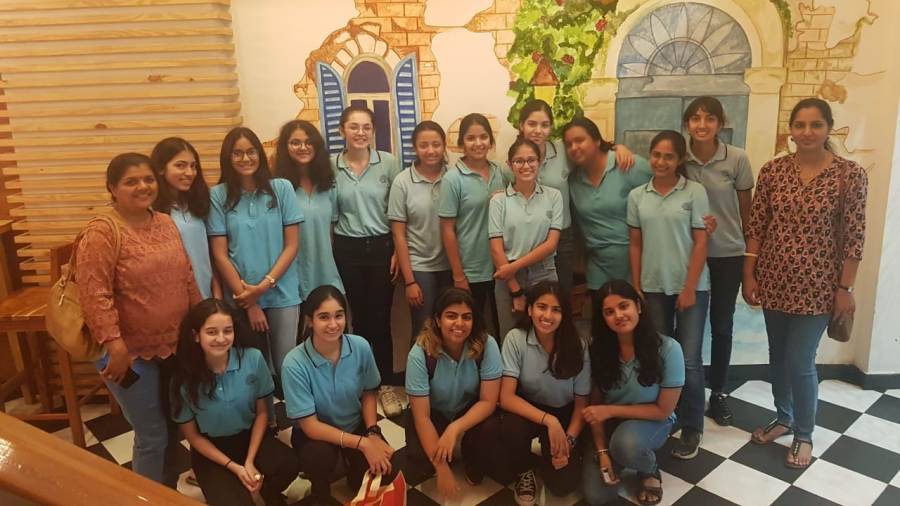 This year, our school took part in the fifth edition of Welham Model United Nations held in Welham boys’ school Dehradun from the third to the fifth of August with a delegation of 16 students taking part in eight different and diverse committees with engaging agendas, accompanied by Ma’am Meena Shukla and Ma’am Pinky Vaishnav. It began with a competitive but friendly energy and maintained its zeal through the three days of conference with agendas that brought opinions and thoughts to a will of action. The committees had sessions bustling with delegates holding their stance and buzzing with energy that was ultimately channelized into documentations with indeed comprehensive solutions and suggestions. Representing global portfolios at a local level is not easy but our delegates had put their hard work and research into every debate that won us several prizes in several committees amongst 300 delegates from 17+ different schools all over India.

Triloka Shah and Payal Mahana received a verbal mention in the IPC, Laila Banerjee received an honorable mention in the AIPPM, Sabine Karer and Avyana Jain a double delegation for The General Assembly DISEC won outstanding delegate and Riva Shandilya Thakur won an Honorable mention in the UNW. We also had a general assembly on spot crisis where we were represented by Sabine, Laila, Triloka, Avyana and Riva which was a thrilling and new experience for us.

Besides the healthy competition there were phases of relief through principal dinner and delegate dance that cheered everyone’s spirits and besides the awards, friends and memories we gained an experience that would prepare us for the future competitions, exchange of ideas or as a matter of fact the world in general. We were ultimately back with a mind satisfied and enriched with a different experience of knowledge and life.