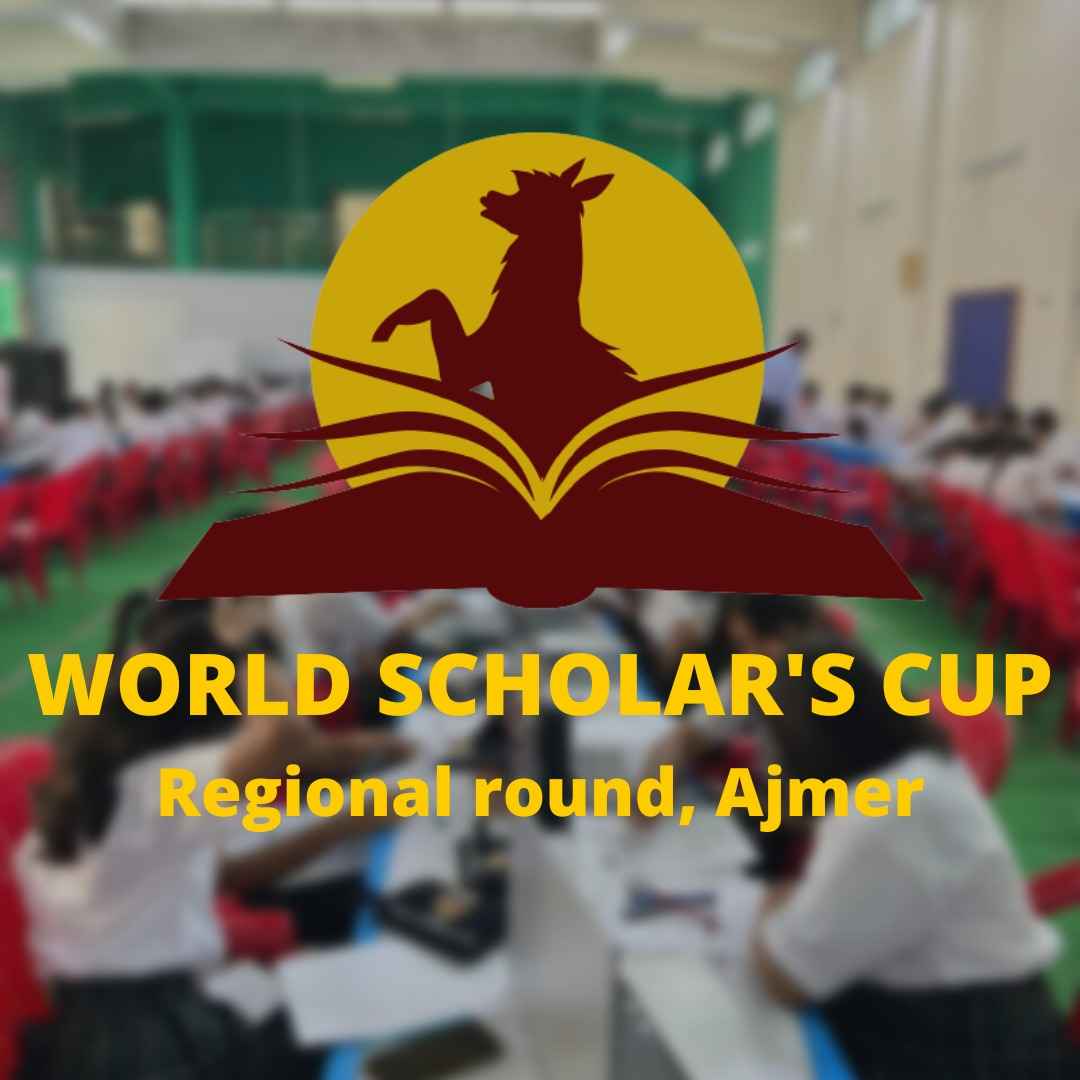 The Regional Round for the World Scholars Cup was hosted on the 8th and 9th of August, 2022 by Mayo College Girls’ School.
Students from schools both in and near Ajmer participated with invigorating enthusiasm.
The first day began with a bang with the seniors first round being the Debate Round. Our team won the first position in the senior debate category. The next challenge given to the scholars was the Collaborative Writing. The third round was the Scholars’ Challenge where students had to choose answers for the questions given to them, these questions came from all sections of scholars’ guide provided to them.
The second day started with Scholars’ Bowl where the participating teams were provided with a buzzer each, each had about 15 seconds to answer each question. The lightning round were the ones that especially created a wave of enthusiasm in the audience with the remote buttons being pressed as quickly as the ones in the mind.
The Debate Showcase was next where top scoring debaters were told to form teams. This debate was in its truest sense by the scholars, for the scholars and of the scholars as it was judged by the scholars with another feedback session by the audience as well. Radhika Tibrewal and Palak Vohra from Mayo College Girls’ School participated in this showcase.
The last event for the evening was the Scholars’ Show. Scholars’ displayed a side of them unknown to the audience otherwise. There was a wide display of different instrumental music and an array of various dance forms.
The show ended with the audience buzzing and humming to the tunes of the scholars.
We would like to congratulate all participating teams on their victories.