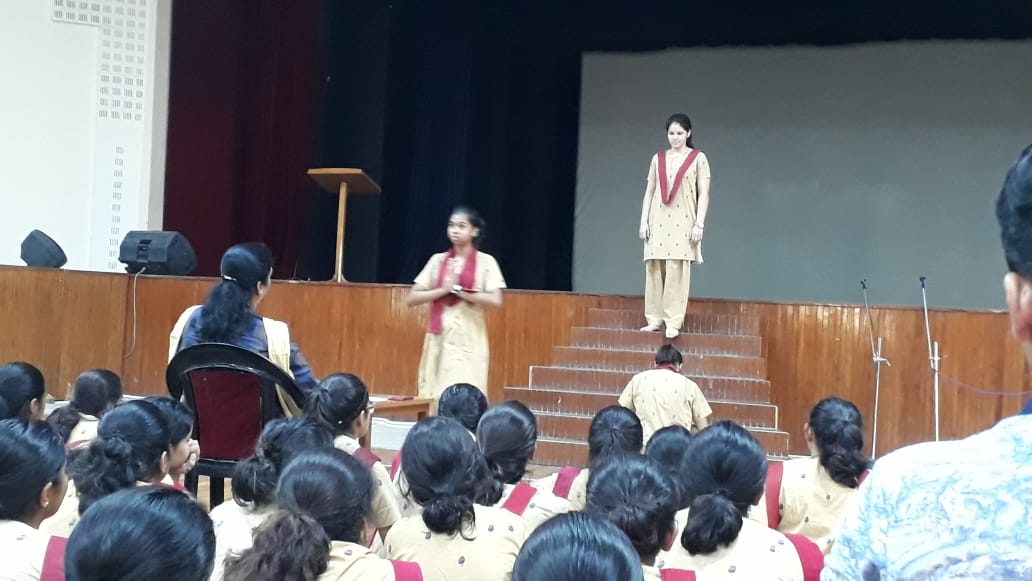 The Inter-house English Dramatics competition was held on 21st July, 2019 for girls of classes VII to XII. Each house had an eight member team with one girl compulsorily from each of these classes and two more girls from any of these class levels. The topics were given two hours prior to the commencement of the competition and they were the five elements of nature. No props and microphones were to be used. The dress code was also restricted to school salwar kameez and dupatta. The performances were judged on originality, interpretation of topic, voice projection and acting skills. These criteria were decided after seeking the opinion of the drama presidents and were shared as part of the rules with all the teams. Girls of classes IX to XII were audience and we had three judges. All the teams performed brilliantly and we were very happy with the way each team interpreted the topic. The results are yet to be announced.