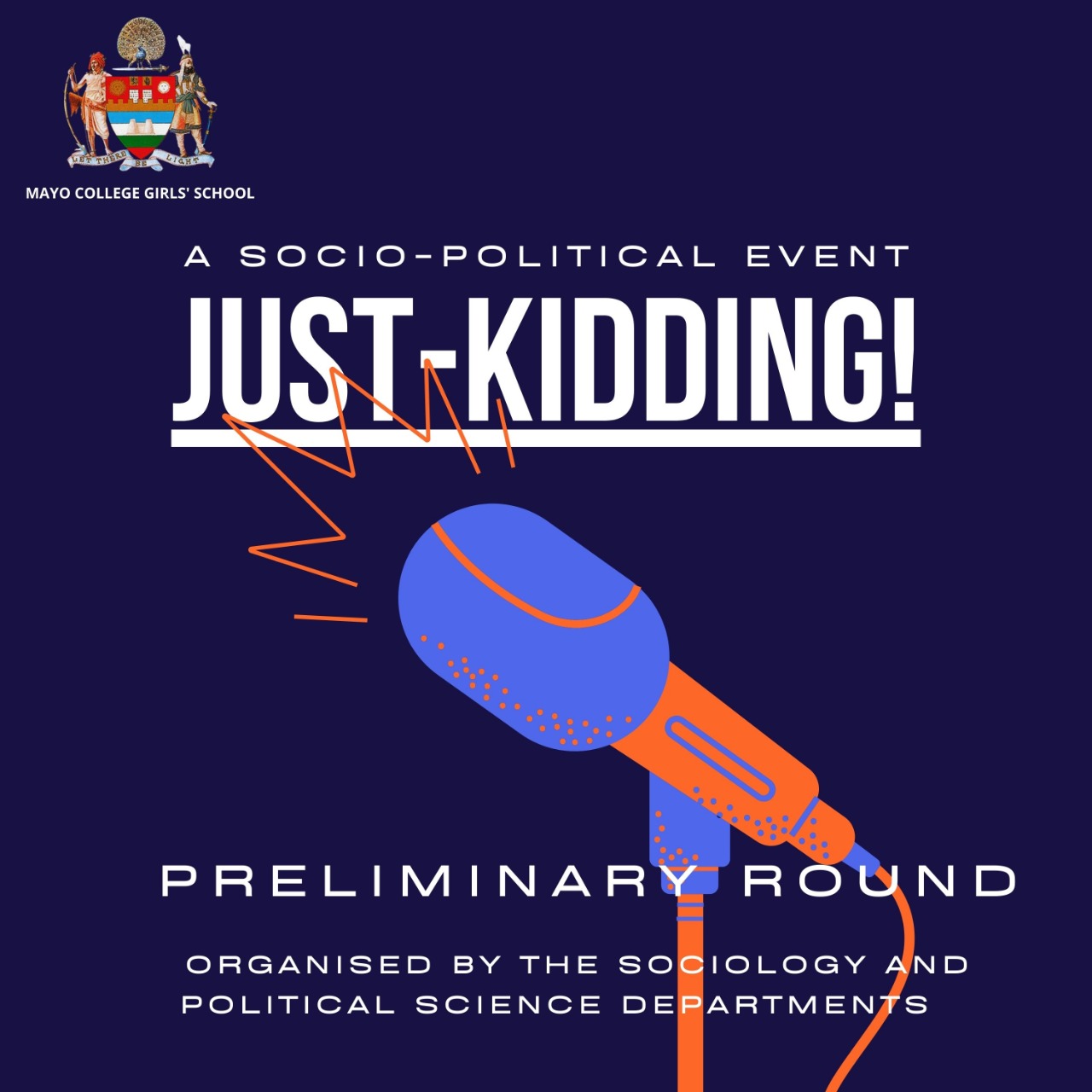 The Political Science and Sociology societies hosted the first intra-school event of the term!
The event was called “JUST KIDDING!”. As the name suggests, “JUST KIDDING!” was a Stand-up
Comedy Competition wherein students from classes 9 to 12 had participated. 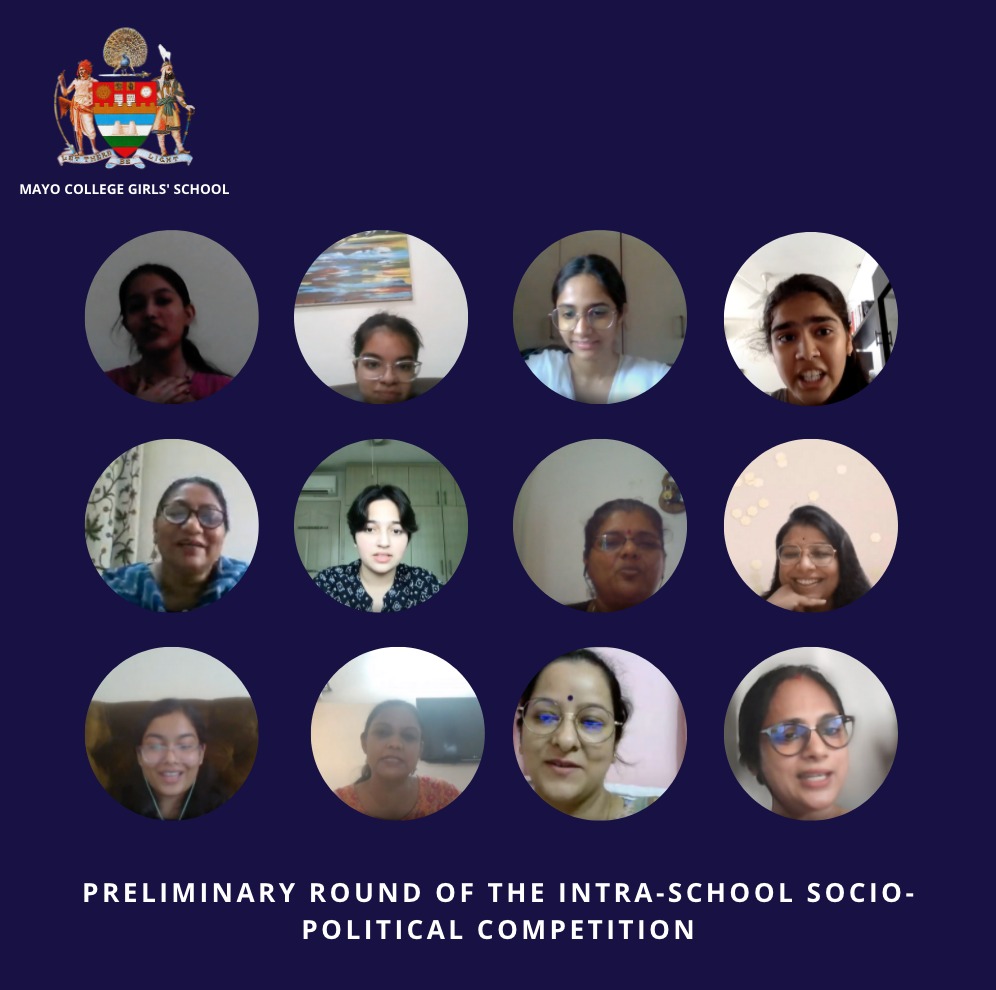 The Competition was divided in two segments: the Junior section- which included classes 9 and 10, and the
Senior section- which included classes 11 and 12. The students were expected to perform a
two-minute humorous act on any socio-political topic. The Junior section segment was
conducted on 9th July, 2021. The participants performed with zest and presented extremely satirical
and uplifting acts. They maintained their enthusiasm and left the audience in splits! Not only was
it comical, but also intellectually stimulating. They made jokes about government reforms that
still haven’t come to effect and about how Nehru Ji would have sold India to the British if he had
known Rahul Gandhi would be his successor.
The judges for the event were Dr Pooja Dubey Sharma and Dr Meena Shukla Rawat, two

brilliant teachers from our school. Out of the many students who participated in “JUST KIDDING!”,
two will be selected for the final round, which is scheduled to be held on 23rd July, 2021. We
hope to see you there!