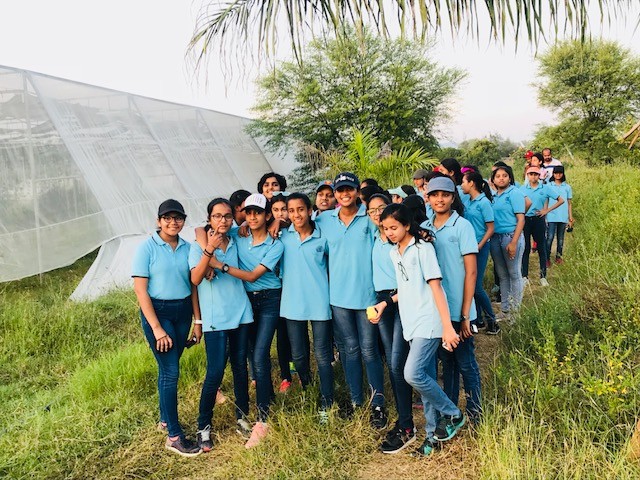 Various fun-filled activities were held for the girls where they displayed great enthusiasm and great team spirit. They went for a small trek. They saw the greenhouse and developed an understanding of artificial temperature controls in it.

At night it was a very new and different experience. The girls were practically explained the concepts of the sky- Horizon and finding directions during the night time. They observed and were made to identify different celestial bodies like the satellites, planets- Jupiter, Venus, Mars and Saturn. The glimpses of the Milky Way galaxy, Constellations, Pleiades star cluster (The Seven Sisters also called the Kritika Nakshatra) the Moon and its surface features, Nebula- Orion the factory of stars were breath taking. A demonstration of how a rocket is launched was also shown to them.

The Jungle safari in the Sariska Tiger Reserve enthralled the girls and they enjoyed in the lap of nature while seeing the flora and fauna of Eastern Rajasthan.

Camping and sky gazing amused the girls and the trip enriched the students with the knowledge of astronomy.