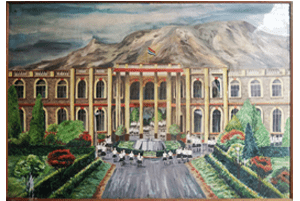 The Mayo Girls’ Alumni Elections will be held on 2nd November, 2018, in school this year at 2pm (post lunch and AGM) during Prize Giving. Voting will happen in school.

The following are the details on the various roles that the Alumni will be running for as per the Constitution:

Term of the Executive Committee: The Office Bearers (President, Secretary General and Treasurer) can run for two consecutive tenures and shall then not be eligible for a continuous third tenure for any post. She may then, after a break of three years (one term of election), be entitled to run again for the Committee as an Office Bearer or Member. However, at the time of the election there are no other Old Girls present, and there is no opposition, then the Committee Member or Office Bearer shall be entitled to run for the elections for a third consecutive tenure.

The schedule for the 2nd of November is as follows:

Formal welcome of the newly-elected Committee

A VENTURE INTO ASTRONOMY AND TEAM BUILDING EXPERIENCE WITH AMAZING FUN!