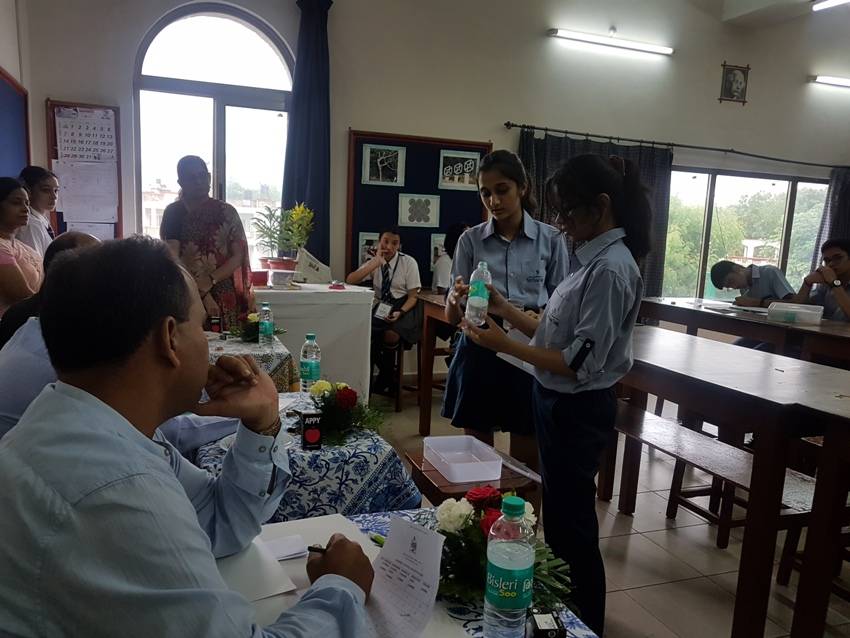 We at Mayo College Girls’ School feel that teaching of Science needs lively, stimulating lessons to promote critical thinking skills in students. In order to achieve the above the following events were organized in the COSCTACH CONCLAVE by the Science Department on the 27th of July, 2019:

1) Mystery Box Challenge: Mystery box was a spontaneous event which required the participants to make the most out of materials provided to them in a kit. They then had to demonstrate any principle of Physics or Chemistry using the above. We had twelve teams taking part in the event. The teams consisted of two participants each. They were given 45 minutes to brainstorm and present their ideas to our esteemed judges. Each team had put their best foot forward and came up with brilliant ideas to make this event a success.
2) Coscplay: Coscplay was a brief skit which provided the students with a platform where they showcased their acting skills by enacting a dialogue between two characters with conflicting viewpoints where one of them was a person from a scientific field and the other from a non-scientific background. Twelve teams participated who chose their characters by chit picking, a day prior to the event. This gave them ample time to research and prepare their act. COSCPLAY provided students with an interactive experience in which they were required not only to participate, but also work together as a team.