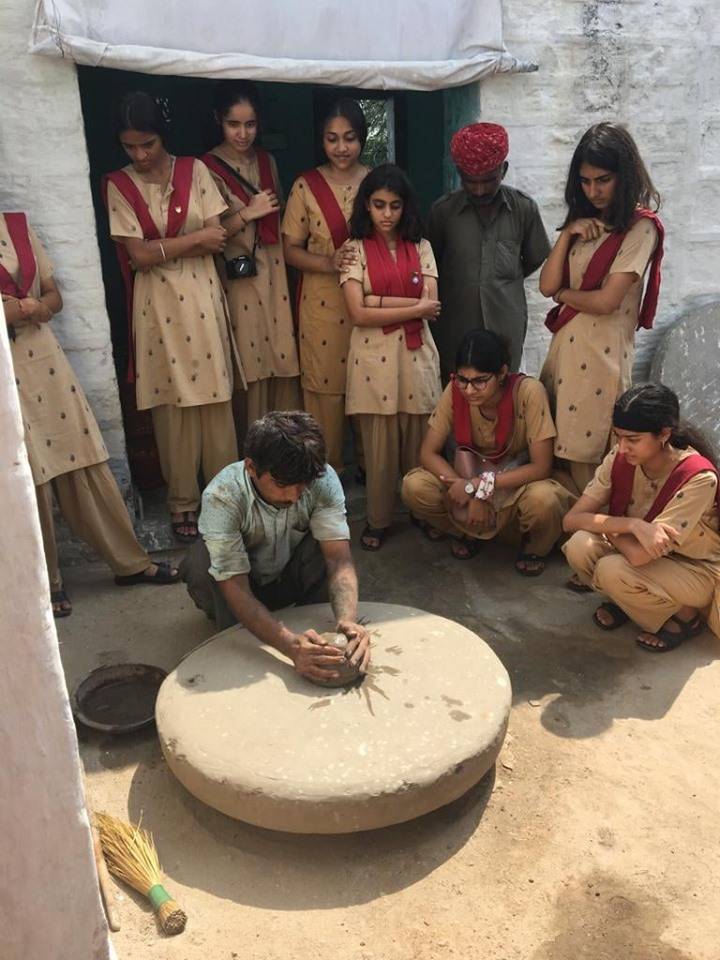 Mayo College Girls’ School organized an educational excursion for the grade 12 Sociology and Political Science students from the 23rd to the 25th of September to Jodhpur and two villages near Jodhpur namely Chandelao and Bishnoi.

In the city of Jodhpur the students were made to visit the newly constructed Rajasthan High Court which was awarded for its infrastructure. After visiting the High Court and meeting Mr. Randhir Singh Mirda (Advocate lawyer) everyone headed to Chandelao where we visited the ‘Sunder Rang’ NGO. All students got a glimpse of the village life as they got to learn about the local self government and the execution of MGNREGA in rural India. Students were also given the opportunity to converse with the Panches of Chandelao and given the opportunity to witness the lifestyle of the Bishnois as they were given exposure to the occupations (cattle raring, pottery, manufacturing leather juttis) that the locals have and the totems (black buck) that they worship.

The trip as a whole covered up mutual concepts which are a part of the 12th grade ISC syllabus and helped the students learn and comprehend better and faster.